Vinegar. Baking Soda. Individually harmless? Of course. But, combined, these components have empowered subpar 2nd graders everywhere to earn ‘Honorable Mention’ ribbons at their elementary school science fairs. But one might view the reaction between the two as a great metaphor for the automotive landscape if we replace vinegar with internet memes and baking soda with New Years’ resolution. Except we’re not talking ‘erupting papier-mache volcanoes.’ We’re humbling automaker giants with less talk of the 2020 Chevy Trax vs 2020 Ford EcoSport vs pretty much every other lackluster crossover out there.

It begins with a meme. At this point, it’s widely accepted that memes are forever. Much like the Hotel California (which you could also check into, but you could never leave), the term ‘meme’ originated in the 1970s. And while the modern idea of a concept repeating itself endlessly across culture dates back nearly five decades, it’s the last two decades where memes seem to have truly stuck their proverbial landing.

And when it comes to the infinite cyclical nature of memes, the 2015 gem “New Phone, Who Dis?” is certainly no exception. It originated in the following 2009 tweet from @JeffCl and was used in the context of replying to a text from a deleted contact.

From there, it made its way into popular culture via Tumblr and was deemed an official meme (being granted Urban Dictionary status in 2015). But what does this have to do with the American automotive landscape? Slow your roll, kids… We’ll get there, once we talk about New Years Resolutions.

Annoying, isn’t it? Every damn year, we’re assaulted by an avalanche of sweeping declarations offered up by people who are pretty unlikely to follow through with such life-changing plans.

In 2020 the ten most popular resolutions include ‘stay motivated,’ ‘be a better person,’ ‘improve health,’ ‘be happier,’ ‘go to the gym,’ ‘lose weight,’ and ‘save enough to buy a new car.’ In other words, with the exception of the car thing, people are making the same New Years Resolutions that the Babylonians were failing to follow through with 4,000 years ago. But at the end of the day, New Years Resolutions are rarely seen through to completion. I mean…. Except yours, of course… I’m sure you’re going to stick with the gym and lose those pesky L-B-S.

But what if you’re one of those looking to buy a new car?

Buying a new car is a big deal. For many of us, trading up for a new vehicle we desire can equate to a sort of personal rebranding. It provides us with a fresh start, even if it’s a slightly superficial one, and reminds us that it’s okay to work hard and reward ourselves with nice things and a better quality of life.

And in this era of social media self-indulgence, it’s no surprise that the ‘New Phone, Who Dis?’ meme has been adapted over the last few years to include ‘New Car, Who Dis?’. In fact, the hashtag #newcarwhodis seems to have picked up trending momentum as we made the transition from 2019 to 2020. 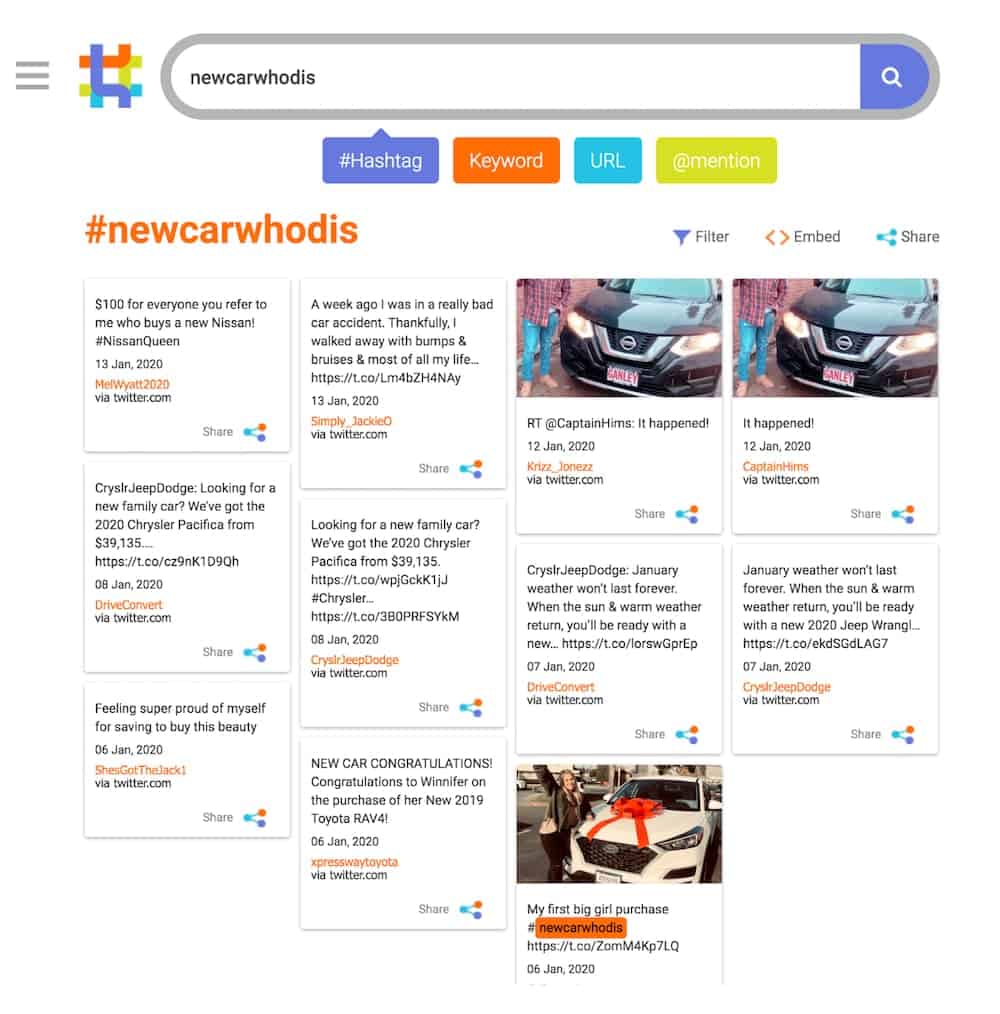 Good for you! But fair warning, a post like this is likely to earn you a fair share of douchebag points, especially if it was a Christmas/New Year gift to yourself. Even more so if your new whip is sporting a giant bow in the accompanying snap, but if that new vehicle happens to be a lame-ass crossover like the Trax, Ecosport, or RAV4, it’s important to recognize that people might be laughing at your dumb ass.

You should have sprung for the Lexus… Or even that Peloton.