There’s no denying that Electric Vehicles (EVs) are taking the auto industry by storm, with increasing popularity and greater demand for new models. To respond to this, Chevrolet and other manufacturers are boosting the number of EV models they sell, not only with completely new options but also with a slew of special editions. One of the most exciting special editions that you’ll soon be able to find at your New Jersey electric car dealer is the Chevy Bolt EV Jersey Shore Edition, with all of the bells and whistles you’d expect and hope for.

You might assume from the name that the all-new Chevy Bolt EV Jersey Shore Edition is manufactured in New Jersey, perhaps somewhere near the Shore. In keeping with the proud history that goes with the name “Jersey Shore,” however, these models are being designed and built in New York and in several plants in the New England area. From there, they are being shipped to New Jersey in order to really demonstrate everything the Shore has to offer.

They are only available in a single exterior color, described by Chevy as “Guido Orange” and applied liberally in several coats. When notified that the term “Guido” was offensive to many Italian-Americans, the spokespeople for this major American corporation responded, “Shut up,” and then continued counting their money. I, for one, applaud their dedication to apathy in the face of changing times and new technology.

To meet the highest levels of safety in the auto industry, the Chevy Bolt EV Jersey Shore Edition comes with a comprehensive airbag system. In keeping with the allure and overall bouquet of the Shore, drivers can choose from one of several different filling ingredients: tequila, vodka, vodka-cranberry, or “the everything.” When a collision occurs, the Jersey Shore Edition deploys the airbags and then fills them with the hard liquor of your choosing. This way, despite the horrifying injuries you’ve likely suffered, you’ll be able to get wasted.

Every Chevy Bolt EV Jersey Shore Edition also comes with the latest Chevy Infotainment software and a full suite of STDs installed. You’ll get support for both Apple CarPlay and Android Auto, as well as herpes, Chlamydia, and several strains of gonorrhea. The rich, leatherette interior has been coated in the most aggressive strains of these infectious bacteria and diseases in order to ensure you really get to feel like one of the Jersey Shore cast members. This model also features a unique air conditioning system that not only cools you but can also spray you with a thin coat of bronzer, so you’re ready to hit the beach any time of year.

The Future of the Auto Industry

As you can see, the auto industry continues to look forward by looking back at trends that were popular a decade or more ago, banking on nostalgia to boost sales among an aging population desperate to ignore the nightmarish reality of the world around us. If sales of the Chevy Bolt EV Jersey Shore Edition are as strong as expected, word is they’re already working on a Chevy Suburban Real World model with a spacious interior that comes with seven strangers who always ride around with you and complain about their problems so you can find out what happens when people stop being polite and start getting real. When asked about the possibility of a Road Rules Edition of the Silverado, corporate officers at Chevy were seen quickly noting something on a piece of paper and then refusing to respond.

A spokesperson from MTV has stated they’re very interested in this new partnership with the auto industry. According to my sources inside Chevy, this partnership will lead the way toward a number of new developments, including a limited run of animated series for the rear-seat entertainment system available in some of their vehicles. In the years ahead, it’s expected that as part of this partnership, MTV and Chevy will eliminate all music from these vehicles and replace them with reality programming. I can’t wait! 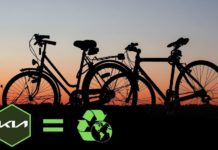 A Triumervate of Aquatic Excellence: the 2021 Malibu’s New Spokespeople Let Me Tell You About the Most Reliable Car of 2020