When Alfieri Maserati began making luxury performance vehicles in 1914, it is unlikely that he could have predicted the continued appeal of his vehicles over a century later. The same could be said for both Karl Benz and Gottlieb Daimler, who founded Mercedes-Benz in 1926. As automotive critics debate the attributes of the Maserati Ghibli vs Mercedes E Class, the contributions of these automakers continue to define many of our ideas of what a luxury vehicle is. But of all the developments they had failed to anticipate, none may have served to position one above the other than what transpired in a Port Chester NY bar, on an August night in 1970.

This was the night that Janis Joplin wrote her classic anthem to wanton materialism ‘Mercedes Benz’. For those unfamiliar with the song, the lyrics to the first verse are as follows:

‘Oh Lord, won’t you buy me a Mercedes-Benz?

My friends all drive Porsches, I must make amends.

Worked hard all my lifetime, no help from my friends.

So Lord, won’t you buy me a Mercedes-Benz.’

As a result of this simple, acoustic composition Mercedes-Benz became immediately synonymous with the elitism of luxury automotive styling. It was transformed into an aspirational symbol of the finer things in life; things that one could only hope to obtain someday. And regardless of genre, few commercially successful recordings would ever challenge the cultural impact that ‘Mercedes-Benz’ had on the automotive landscape.

Which is why Maserati CEO Reid Bigland decided to use Janis Joplin’s DNA to resurrect the iconic singer 47 years after her death, to write a song for Maserati. But much like Alfieri Maserati couldn’t have predicted the enduring success of his brand, Reid Bigland doesn’t know shit about DNA replicated zombies.

Resurrecting dead celebrities for commercial purposes is not without precedent. Fred Astaire has peddled vacuum cleaners and John Wayne has sold Coors Light. Granted these were digital recreations, not unlike posthumous concert performances by Michael Jackson or Tupac Shakur. But to actually reanimate a dead celebrity was a largely uncharted territory.

As explained by Dr. Kurt Response, an acclaimed bio-geneticist, there had been one previous attempt. “At one point in the early 1990’s, Boar’s Head Deli Meats was looking to invigorate their sales by using a celebrity spokesperson. Someone in their Marketing Department had devised a plan to exhume the corpse of ‘Mama’ Cass Elliot, and reanimate it with lightning.”

For those unfamiliar with her work, ‘Mama’ Cass Elliot was a member of the 1960’s folk-rock band, The Mamas and the Papas. While widely refuted, a prevailing rumor is that the morbidly obese vocalist died by choking on a ham sandwich at the age of 32. Apparently, the sandwich meat correlation was too good for Boar’s Head to pass up.

“Unfortunately,” continued Dr. Response,“There is very little hard science behind Frankenstein movies. As a result, the lightning failed to reanimate her corpse…and the lab smelt like burnt ham, and ass, for months.”

So why, after such a horrid failure, would anyone want to try it again? The difference lies in the manner in which the resurrection would be executed. Rather than attempting to reanimate a corpse, Maserati would use cloning technologies to rebuild Janis Joplin directly from a sample of the singer’s DNA.

Accordingly to Dr. Response, ”Cloning technology is actually far more advanced than many people realize. Kanye West, for example, has been beaten to death several times…but the Kardashians have that ‘E’ money, so we keep bringing him back.”

Some might consider Kanye West’s tendency to act more and more erratic as time goes by, a ‘red flag’ as to the viability of cloning technology. Not Maserati, who felt that any behavioral anomalies might actually result in Joplin writing an even more edgy song.

A DNA sample taken from Janis Joplin’s exhumed corpse began accelerated growth processing in early June of 2017. The incubation chamber was transported from Maserati’s yet-to-be-opened U.S. offices in Detroit to their Corporate Headquarters in Modena, Italy. Its development-cycle estimated to reach maturity within 90 Days, the clone progressed without any signs of issue.

Unfortunately, Maserati’s engineers and scientists know more about luxury sports sedans than they do about advanced genetic theory. As a result, they failed to calculate for Ms. Joplin’s excessive drug use or for the plethora of venereal disease that she had been enduring prior to her passing.

“Even in trace levels, the presence of these foreign influences impacted the integrity of the clone’s development. By disrupting certain genetic codes which we believe serve as the ‘spark of life’, the clone began to deteriorate just as it began to gain consciousness. The product was the equivalent of a reanimated corpse. A zombie. A zombie Janis Joplin.”

Upon realization of what had occurred, Maserati Corporate HQ was placed in immediate lock-down where it remained for nearly 36 hours. And neither the management of Maserati or local Law Enforcement are willing to share any details of what exactly had occurred within the facility.

Only two clues have presented themselves:

The world may never know. 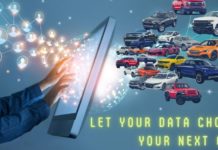