In case you haven’t been paying attention, Covid is still going strong and creating problems for businesses—and also killing people—throughout much of the world. China, in particular, has recently been hit with renewed surges in case numbers, which prompted harsh regulations and shutdowns to try to get things under control. Human toll aside, hit hardest by these new demands have been companies and their profits—companies like Tesla.

The Tesla Gigafactory in Shanghai had to close on March 28 due to the surge in Covid cases in the city and the crackdown by China’s government. Fortunately for Tesla, they’ve figured out a way to get their workers back into the factory and start cranking out their vehicles again. With any luck, they’ll manage to get caught up and three weeks of factory closure might not even cost them more than a small profit margin. The ingenious solution to this problem: simply have the workers live in the factory.

In the best of all possible worlds, Tesla—or any multinational corporation—would have their workers stay home in the midst of a devastating and deadly worldwide health crisis. If cases are spiking and cities are being shut down, then workers should stay home. Considering Tesla is valued at over $1 trillion and made more than $53 billion last year, they should certainly have the budget to let their workers stay home and still pay them a living wage while cutting corners elsewhere—perhaps from some of the billions of dollars of stock options CEO Elon Musk receives each year.

But in our world, workers who stay home—even when people are dying—don’t get paid. And factories that aren’t making products aren’t making profits. So Tesla has solved the problem by having workers come back and live at the factories, thereby eliminating the risk of exposure outside. Each worker receives a mattress, a sleeping bag, and three meals a day—plus a small daily stipend of about $60—though most workers will likely be paid less than that since it’s based on their position within the company. No Worries About Abuse

A roof over your head, three meals, and the promise of shower facilities to come should be more than enough for any worker, right? In exchange for this sweet deal, workers will just have to do their jobs. Sure, they’re now going to be working 12-hour shifts and six straight days each week, with just one day off—but that seems fair. It’s not like that’s far more than they used to work or anything.

Prior to this, these same workers would work just four days straight, then have two days off. They worked in three shifts to keep the factory running 24/7, rather than the two shifts that can now accomplish that (I’ll let you do that math). I’m certain they won’t be exploited in any way; after all, creating zero separation between work and leisure has never been abuse to workers. If they need any other items, I’m sure they will be provided by Tesla, or—at worst—sold to factory workers at a reasonable price. Perhaps they could institute some kind of “Tesla Bucks,” rather than paying employees in real money, and then let them buy goods from a Tesla company store? Something like a prison commissary system?

Responses From the Auto Industry

I’ve spoken to several of my contacts within the auto industry and so far they’ve said they’re watching what Tesla is doing with “great interest.” One insider, who wished to remain anonymous, said, “I can’t believe this; they’re just having their workers live at the factory? We didn’t even know that was an option. It’s game-changing.” Another contact told me they’re looking at ways to innovate on top of this: They’re designing new factories here in the US that will have living quarters steps away from factory equipment, so workers never need to leave their posts.

One of my contacts told me they see real potential for new employment opportunities. He said, “We could build living quarters inside factories, but it would be even better if we could build factories where workers already live. Perhaps if we had central locations where about 2 million US citizens are already housed, we could have manufacturing facilities set up there, and then have those workers on-site 24/7 to work and maximize profits….But where would we find such a labor force, and how much would it cost us?” As our conversation ended, I noticed him starting to Google “private prison labor,” but I’m sure that’s unrelated.

Editor’s Note: We would like to remind our loyal readers that corporations like Tesla are, in fact, people, and have the same rights as anyone else. They’re not actually held accountable for actions the way a person is—they can’t be incarcerated or otherwise held liable for their actions—but they deserve to have the same rights as any person. Thank you. And Tesla, thank you…for everything. 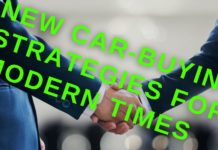