As a journalist, a man of the world, and an expert in all things automotive, I like to keep my finger on the pulse of the industry and track what’s going on. While so-called “consumer” vehicles are fascinating, to be sure, the commercial side of the industry is often overlooked despite how much innovation goes on there. If you’re interested in saving some money by looking at used commercial vehicles for sale, then I’d urge you to rethink that and instead look to the future, rather than going for a used model from the past.
There’s a lot going on in the industry, and some of the most impressive technological advancements are happening with commercial vehicles. From the high-tech fleet being built by Amazon to self-driving passenger shuttles, and even fully-automated heavy assault transports, there are a lot of advances to be excited about. Some of this might sound like science fiction, but so did electric cars at one point – hell, even the idea of the horseless carriage was pure fantasy not all that long ago. So let’s take a look at what’s coming up in the commercial side of the auto industry. One of the first things you’ll see revolutionizing commercial vehicles that share the road with us is the shift to EV models. This is already underway, so we’re not talking about the distant future here; Amazon has committed to having an all-electric fleet within the next ten years or so. They’re developing EV delivery vehicles right now, and they’ll start rolling them out over the next couple of years, so this is happening soon.
Of course, Amazon makes more money than God (Jeff Bezos has a net worth over ten times higher than the Vatican, after all), so they have the ability to do this sort of thing. But this won’t be a one-off or all that unusual as the years tick by. Amazon might be leading the way on this, but we’ll see more commercial fleets become all-electric, particularly as battery tech continues to improve. EV fleets rather than commercial vehicles running on good ol’ internal combustion are only part of the equation, however, as the future will see more and more vehicle automation going on. Tesla models can already park themselves, change lanes for you, and come find you when summoned in a parking lot. This is only the beginning, and over the next decade, we’ll see much more automation going on with cars, trucks, and SUVs.
But it won’t be limited to what you and I drive. Commercial fleets will benefit from additional automation – especially as corporate overlords figure out how to make it profitable. If you only need a truck driver to pay attention for about an hour of a four-day drive from one city to another, then you can pay him waaaaaay less for his time. Mark my words: semi-autonomous delivery vehicles, transport trucks, and more will rule the road.
Self-Driving Logistics
Semi-autonomous is going to make way for fully-autonomous in the not-too-distant future, which is to say: self-driving. You’re going to see this with fleets of commercial vehicles in a major way since removing a driver means more profit for the company running the vehicle. Commercial use of self-driving vehicles is going to be huge: trucks transporting goods, vehicles making deliveries, even food delivery can all be made cheaper and easier with self-driving vehicles handling the navigation. Of course, products and cargo won’t be the only thing getting moved around by self-driving vehicles: we’re going to be next up on the plate. This is actually already being tested in some areas and with limited availability to the public. Pretty soon, you’ll be able to hop on a bus or call a vehicle to come pick you up and there won’t be a driver involved.
I can only hope this will be like the sci-fi movies that have run with this idea, and we’ll still get a smart-talking robot or video as a “driver.” It doesn’t even need real AI or anything – just a few pre-programmed snappy comebacks is all I’m looking for. And give it a hat. If my self-driving taxi doesn’t have a wise-cracking robot torso with a hat on, then what’s the point of any of this? 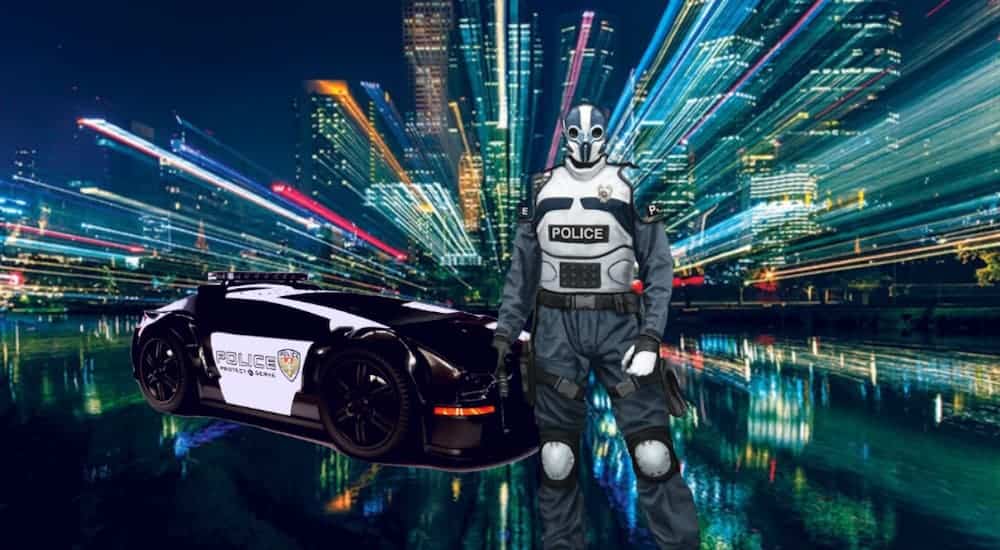 From the plans I’ve seen leaked out of a few police departments across the country, the future of their work will involve serious automation. The strategy involves a four-part plan that will be slowly rolled out, letting people get used to each step before the next.

Part One – It will start much like other commercial vehicle applications with a switch to EV models initially. This will be followed by increased use of semi-autonomous vehicles, with squad cars being able to navigate slightly on their own.

Part Two – The second phase is the development and use of fully-autonomous vehicles for police officers. This will let an officer indicate where they want to go and then do paperwork, run plates, or take a nap while the vehicle goes to the scene.

Part Three – In the third phase, the vehicles gain advanced AI systems that allow them to not only operate in an autonomous manner but become partners for law enforcement officers. A cop will be able to count on their vehicle to go to the scene of a crime, provide them with protection during a hostile situation, and even question suspects and apply large amounts of pepper spray to peaceful protesters.

Part Four – Although some people have tried to convince me this is purely theoretical, the final phase of this project is fully autonomous vehicles with direct AI incorporation into the police officers themselves. I’ve seen plans to utilize the bodies of deceased or critically injured cops to turn them into cyborgs able to patrol the streets and protect the interests of corporations. What will we even call such robotic cops?

Of course, AI integration in commercial vehicles won’t just be limited to law enforcement. Long-term plans are to replace as many employees as possible with full automation, and AI is the ultimate goal here. With a significantly advanced computer system, human error can be entirely taken out of the picture, maximizing efficiency, productivity, and profits. Even where there isn’t necessarily money to be made, once the ball starts rolling, it will just be easier to get rid of the human factor in every system.
The military applications of these sorts of commercial vehicles and technology are already being heavily scrutinized. Fully-automated troop transports, support craft, and even soldiers are being developed and tested as I type these words. One early prototype for an automated tank utilized a simple AI system that identified all humans as threats and targets for elimination. When asked about friendly fire, the engineers working on the system assured me that since our military will be fully automated, there won’t be any people from “our side” there to be targeted.
One design I saw looked much like a fully automated, mechanical skeleton walking along the battlefield and unleashing hell with his assault rifle. A profound sense of comfort and reassurance settled upon me as I looked at these designs and plans for the AI network that would oversee all future war zones. I’ve always felt that if there’s one thing that needs to be removed from war, it’s any sense of humanity.

Editor’s Note: We reached out to several auto manufacturers to ask them about the validity of these plans. In response, we were assured that all contracts with law enforcement and the military are confidential and everything is just fine. So there you go, nothing to see here folks, it’s all fine. Thank you. 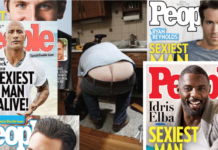