Used car sales in Durham, North Carolina, are at an all-time high as a perfect storm of supply chain issues and a lack of qualified workers continue to wreak havoc on the industry, but desperate shoppers might soon have a new option. With no end to staffing and supply shortages in sight some auto manufacturers are turning to a proven DIY model to get customers behind the wheel as quickly as possible.

Toyota has been one of the first to embrace the trend, debuting their innovative “Build-A-Car Workshop” pilot program in select markets around the country. Durham will be one of the first cities to be able to experience the innovative new model, which allows drivers to construct their own vehicles from the ground up. The first-of-its-kind program takes a page from the success of the perennial shopping mall stalwart Build-A-Bear Workshop, which has perfected the business of not only charging well above retail for their products but further optimizing profit margins by outsourcing manufacturing duties directly to the customer.

“Bespoke is the name of the game. In an era of mass-produced junk, consumers are now telling us they want to establish a deeper connection with products they interact with on an everyday basis,” says Thomas Raviola, VP of marketing at Toyota. “We took a look at the numbers and realized we could exploit this desire for ‘experiential shopping’ into a program that could slash our payroll costs by as much as 78 percent.”

The DIY model not only circumvents the endemic worker shortage currently gripping the country, but also opens the door to endless customizations, allowing drivers to conceptualize their own one-of-a-kind vehicle from bumper to bumper. Like the popular plush toys that inspired the program, drivers can build their new Toyota from the ground up, selecting a unique mix of both mechanical and design components. The cabin of a RAV4 fused with the spacious bed of a Tacoma pickup? Why not? A Sienna minivan with the engine and drivetrain of a Supra? That’ll get the kids to soccer practice in record time. A Camry riding on the suspension of a Toyota Tundra? There’s no end to the possibilities, though the street-legal status on these vehicular Frankenstein cars will be left to the discretion of a driver’s local DMV.

In addition to parts and components, the build-it-yourself model opens the door to a wide selection of color schemes and, of course, smells. While the tried-and-true “new car smell” remains the go-to among drivers, the DIY workshop opens up the door to a wide spectrum of olfactory experiences, including new favorites such as Pumpkin Spice, Fresh Cut Grass, and Extreme Swole Bicep Sport. A new in-store Novel Olfactory Sense Experience (NOSE) kiosk allows customers to create their own scents at the ATM-sized console, leading to some oddly-specific smells like “Alpine Meadow At 3:45 PM After A Light Rain On the 24th of June” and “BBQ Brisket Smoked To Perfection on Jeff’s Grill Seven Minutes After The Cowboys Beat The Eagles In Overtime To Clinch the NFC East.”

The program has the added benefit of allowing Toyota to sub in lower-quality parts and components, preserving the bottom line thanks to the rose-colored glasses through which people tend to view their own creations. “Every parent thinks their own child is beautiful, so we’ve leveraged that fact as a means of clearing out our inventory of some of the less popular paint schemes and components that are just taking up space in our warehouses,” says Raviola. All vehicles come with a 10-year, 100,000-mile warranty, complimentary roadside assistance, and a certificate of adoption emblazoned with the vehicle’s date of manufacture and its unique tire print displayed in a handsome wooden frame.

The pilot program could go a long way in addressing the current lack of qualified workers that’s plagued not only the auto industry but the job market as a whole, though it’s not a solution to all of Toyota’s woes. “If customers have any spare microchips lying around the house, we’d really appreciate it if they’d bring them in with them. Blenders, microwaves, CPAP machines: they’ve got more chips than they know what to do with, so please, share the wealth,” Ravioli says. 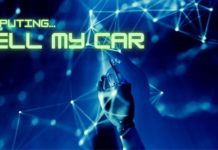