When you look back on your childhood, you will inevitably call into question various choices that your parents had made. I’m not just talking about the outfits and haircuts that they subjected you to while having your school photos taken in front of a backdrop that looked inexplicably like laser beams.

Don’t get me wrong…that totally sucked. But at least it was hilarious.

More so, we’re talking about those moments that go easily forgotten in your sea of long-term memory until one day, a life experience makes you stop and think, ‘Hey. I remember this one time that my mom/dad tried to teach me that.”

Maybe it was when you learned to ride a bike or tie your shoes. Maybe it was learning state capitals, or how to sew a button. Maybe they were teaching you how to balance a checkbook, or how now to get screwed on trade in value when buying a car.

I experience this particular phenomenon quite a bit when I think of my father. Growing up, he wasn’t always an overly effective communicator. It wasn’t for lack of trying, it just that sometimes his message wasn’t clear. Sometimes the conversation wasn’t initiated in a timely basis. Sometimes it was a combination of both.

Like that one time when he tried to give me ‘the talk’…except I was 15 (and could have used it somewhat earlier). Oh, I humored him and let him get all the way to the end. Seeing as we were in the truck on a long drive, I had the luxury of just staring out the window. Of course, being 15, I was a less-than-tactful and a fairly accomplished wiseass. So, when he wrapped things up with, “Do you have any questions?” I replied, rather obnoxiously with, “No. Do You?”

(What do you want from me? I was a teenager…)

Of course, years before that, he could talk endlessly on just about any topic and feel relatively accomplished. Sure, little kids might be a handful, but up until age 8 or 9, we grew up assuming that our parents were the smartest people in the universe. They could also hold us captive to their wisdom, either by force or through the use of incentive.

Back in the day, an ice cream trip would consist of six people: my father and stepmother, my step-sister, step-brother and sister (plus myself). An important point is that my three siblings were within three years of each other, and I was five years younger. Needless to say, I was often stuck with my parents (or perhaps, they always found themselves stuck with me. Wow, come to think of it, I must have been a huuuuuuuge cock-block). But anyhoo…

As the youngest, it would take me the longest to eat my ice cream. Logically, mine was also the most likely to melt. So, it was fitting that my dad usually finished his ice cream first, and wanted more. It became an ongoing joke that he ‘needed to help me because the cone was melting’. Suffice it to say that, whenever he began to eat my ice cream, he had my full attention, because he was always looking for an excuse to take more than he needed to.

One day, he decided to ‘buy time’ by engaging in a conversation you wouldn’t normally have with a six-year-old. He held up the cone and said, “Imagine an ice cream cone. But it’s hot out. So it starts to melt before the ice cream girl even hands it to you, so she licks it.”

(Now, it’s important to understand that every time he said the word ‘lick’, ‘licked’ or ‘licking’ he would lick the ice cream…)

At this point, he handed me the cone. Sure, there was still some ice cream crammed into it, but the rest was pretty much gone.

“And that”, he said. “Is the same way a car depreciates.”

I remember looking at him, confused, and asking, “What does depreciate mean?”

He turned to me and said,“You’ll find out someday when you try to trade a car in, Champ. Now, finish your damn ice cream.” 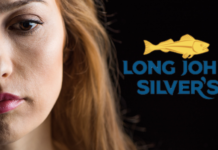 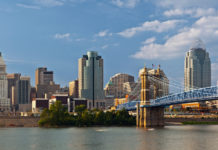